The biggest fixture in English football calendar kicks off on Sunday and Old Trafford will witness an unbeaten Liverpool side looking to continue their great start to the season coming up against a Man United team with a point to prove. The last time these two met, Jurgen Klopp’s men ran 4-2 winners in their quest for a Champions League place, albeit in an empty Old Trafford.

The previous weekend saw another missed opportunity for Solskjaer side, as United’s unbeaten run of 29 away games was ended by Brendan Rodgers’ Leicester. Moreover, things looked to go from bad to worse for the under-fire Norwegian after Atlanta led 2-0 at the break before a second-half turnaround ended with Ronaldo repeating his Villarreal heroics.

United have struggled to put a winning run together since the beginning of the season, —a season where they started off as title favourites. Ronaldo’s arrival late into the transfer window made headlines and whipped the fanbase into a frenzy but it brought with itself added pressure on the team and manager to finally get their hands on a piece of silverware.

So far, it is fair to say things aren’t going exactly according to plan, but what better way to get back on track than to get one over your oldest enemy?

The Reds are in high spirits after their dramatic and hard-fought win at Wanda Metropolitano against Simeone’s men. The only team left unbeaten in the league, Liverpool travel to Manchester knowing full well how much of a push three points at Old Trafford could give their title charge. Klopp’s men have been far from faultless, with much room for improvement in midfield and defence, but the front three of Salah, Mane and Firmino are beginning to look more like their free-scoring selves.

Much will depend on how Liverpool handle the pressure from the crowd, as an early United goal could make it difficult to get back into the game without conceding more chances the other way. On the other hand, an early goal could knock the home team off their stride and put the onus back on them to commit men forward and create more openings which the likes of Salah and Mane can make use of.

Solskjaer revealed that attackers Fernandes and Rashford are both doubtful for the game on Sunday but refused to rule out the pair, meaning defender Varane is set to be the only confirmed absentee.

For Liverpool, midfielder Curtis Jones is set to be back in contention for a starting spot, after the Englishman was out injured after picking up a knock during International duty.

Jurgen Klopp confirmed Thiago isn’t back training with the team yet and the United game was too soon for the Spaniard. 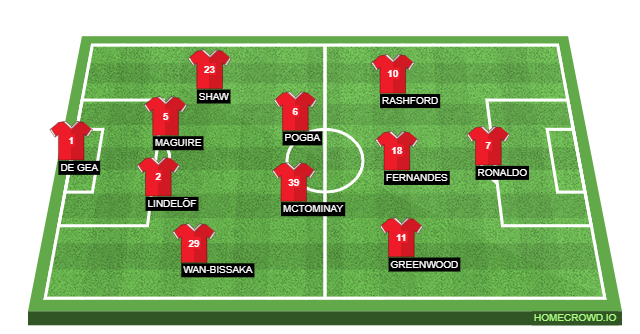 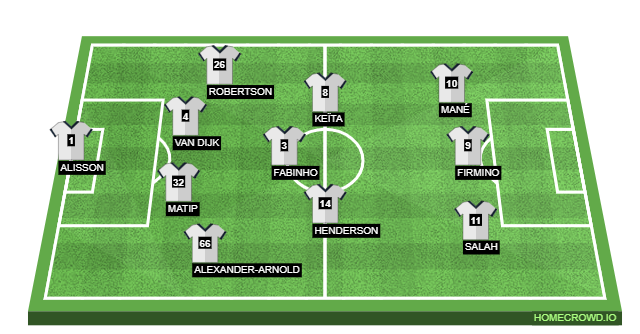 The game at King Power was one to forget but Marcus Rashford’s first appearance of the season provided the silver lining of the afternoon. The Manchester-born forward’s pace and directness are something the team has missed this season and even though his goal against the Foxes eventually counted for nothing, his second-half strike against Atalanta in midweek kickstarted their comeback victory against the Italian outfit.

Big teams have often looked to take advantage of the space opened up between Liverpool’s defence and midfield by committing numbers forward through the channels. Rashford seems ideal for this role and in Fernandes, they’ve got someone who has the vision to spot these runs and pick them out.

Cristiano Ronaldo is in red-hot form, with 6 goals in 8 appearances for United this season and would relish the chance to net against a familiar foe once again.

Despite Firmino netting a hat-trick against Crystal Palace in the previous weekend and Mane finding form in front of goal, it will be none other than the league’s joint-top scorer who United fear the most. Salah scored the final goal in Liverpool’s win at Old Trafford the last time these teams met and Maguire and co. will do well to keep the Egyptian quiet this time around.

Trent Alexander-Arnold has been pulling the strings from the right side and will be looking to combine with Salah once again. His passing range could cause all sorts of problems, whether from set pieces or open play.

Usually a cagey one, but there could be goals on Sunday with Salah, Ronaldo, Fernandes, Rashford and Mane all set to feature in the big one. United have the firepower up front to go for it but with the quality of the opposition, they could be susceptible to quick counter attacks. Similarly, Liverpool have had no problem scoring goals but there are some concerns at the back. Atletico Madrid exploited the spaces between the defence and midfield in a similar manner AC Milan and Manchester City did, and you can imagine the sharp eyes of Fernandes and Ronaldo picking these up. Goals or not, it’ll be exciting nonetheless. That said, be ready for a 2-2 draw.