There is pressure on both sides as they head into this one. Leicester have had a poor start to their season by their standards, and although still early days, failure to pick up points will mean they’ll find themselves drifting away from a champions league spot. For Manchester United, apart from the pressure of keeping up with the rest on the top of the table, there is added pressure on manager Solskjaer after a couple of frustrating results.

Brendan Rodgers’ side have found it tough to get going this season. The Foxes have managed just two wins out of seven in the league and the performances have looked short of what is normally expected of them.

Wesley Fofana’s unfortunate injury during pre-season has had a significant impact on Leicester’s defensive structure, as evidenced by the single clean sheet this season, and the fact that they’ve conceded twice in each of their last three games.

Rodgers has had to make adjustments after midfielder Ndidi’s injury as he went with two strikers up front against Crystal Palace. Talisman Vardy’s return to form has been timely as the Englishman would be once again expected to come up with the goods.

Manchester United head to the King Power undefeated in 29 away games. Solskjaer’s side have had a bumpy ride of late with a defeat and draw against Aston Villa and Everton respectively but still find themselves two points away from leaders Chelsea.

The visit to Leicester looks to have come at the right time for United. There isn’t a dearth of creativity or firepower for Solskjaer to choose from as Ronaldo and co. look to bounce back from the draw against Everton last time round.

Everton asked some serious questions of the United backline at Old Trafford but Benitez’s side have been in form and tough to break down. The encounter at King Power, however, could be a lot more suited to United as Leicester like having the ball and United frontmen can hurt the Foxes’ defence on the counter.

Ndidi will be a huge miss for Leicester. The Nigerian isn’t talked about as much as some of his peers, but he has quietly been doing a brilliant job in the middle of the park for his team.

Evans could be back to face his former club and offer some much-needed solidity and experience to the Leicester backline.

The international week will have given Solskjaer’s side time to get their minds away from club football but it brought with it a few problems as well. Frenchman and new arrival Varane walked off with an injury against France during their Nations League clash, meaning United will be without either of their first-choice defensive pair against Leicester. Midfielder Fred could miss out due to international duty.

There is also some good news on the injury front for United fans, as Solskjaer confirmed Marcus Rashford will be among the travelling party to Leicester. Rashford has been out recovering from a shoulder injury that has plagued him for a while and his return will be a big boost in the same week United could be without striker Cavani due to international duty. 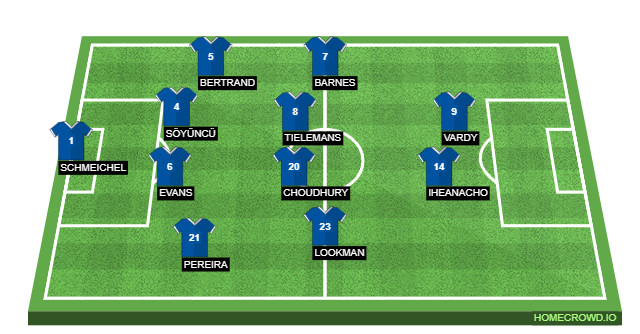 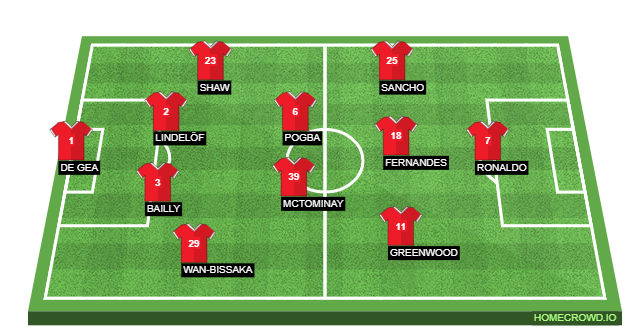 Jamie Vardy will have to be at his best and looking at Leicester’s defence, he’ll have to put the ball in the back of the net more than once to get a win. The 34-year-old is leading the golden boot race along with Salah with 6 goals and Leicester faithful will hope the form continues.

Ronaldo the obvious pick for United. The Portuguese scored the 58th hat-trick of his career against Luxembourg, extending his record of international goals to 115. He made news after storming off the pitch after being held to a draw by Everton at the start of the month and United will hope that this time around, the 36-year-old will be seen in happier spirits.

Don’t expect a 0-0, especially given Leicester’s form and United’s injury woes at the back. There will most likely be goals and a frontline of Ronaldo, Fernandes, Greenwood and Sancho could prove to be too much for the Foxes. Wouldn’t be surprised if it ends 3-1 for Solskjaer’s men.