Merseyside Derby arrives at a crucial juncture in Everton’s season. Three wins in first five under new manager Rafa Benitez gave the Everton faithful much to look forward to for the rest of the season. But, since then, injuries to key personnel have had a massive impact on their results, with the Blues currently winless in seven. The Spaniard, much to his annoyance, has had to chop and change frequently while during this period. Full-time boos from the away end after the Brentford loss means Benitez finds himself under increasing pressure.

Liverpool’s previous visit to Goodison was one to forget for Jurgen Klopp and co. The game ended a draw, but an ACL injury to star centre-half Virgil Van Dijk and a significant knock to Thiago would mark the beginning of an injury crisis for Liverpool that would go on to have a massive impact on the rest of their season. Wednesday would bring the opportunity to exorcise a few of those memories.

No fresh injuries for the Blues, according to Benitez. Richarlison will be back after serving a one-match suspension for racking up five yellow cards. Demarai Gray, who has had a good start to his Everton career, was back on the bench against Brentford so expect him to go right into the starting lineup. Benitez has confirmed midfielder Andre Gomes is back in training and is in contention to start. Yerry Mina, Calvert-Lewin and Davies remain out.

Games are coming thick and fast during the festive period and Liverpool’s commitments in Europe means there is every chance Klopp could ring in the changes on Wednesday. No fresh injury concerns ahead of the Everton game but midfielders Naby Keita, Harvey Elliott and Curtis Jones remain out. Forward Firmino will need another week to get back to training, according to Klopp. 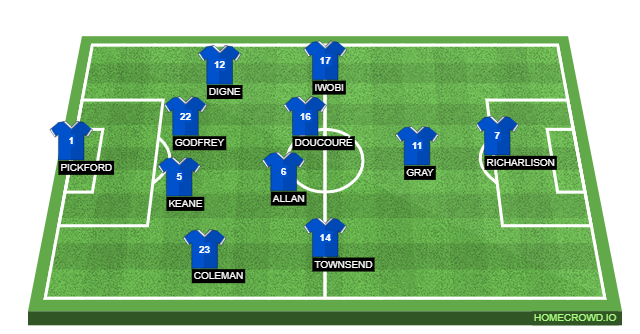 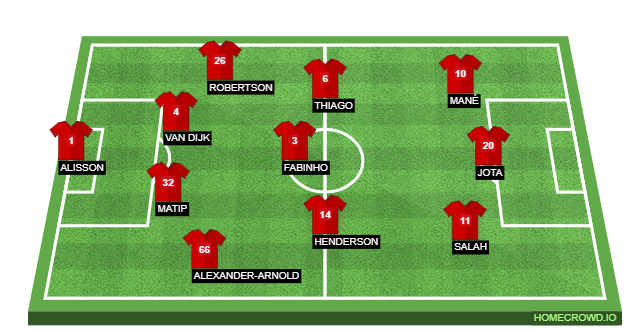 Goals have come at a premium for Everton this season, with Benitez’s men converting only 16 times this season. In main man Calvert-Lewin’s absence, the scoring responsibility is usually carried by Richarlison. But, the Brazilian’s 2 goals from 8 matches suggests he hasn’t delivered. Instead, it is new signings Townsend and Gray who top the goalscoring charts for the Blues with 3 goals each. Both will be tasked with providing the spark going forward against the third-best defence in the league.

While their neighbours have struggled in front of goal, the Reds have been in free scoring form this season. The front three/four have all looked at their best and have helped the team register a league-best 39 goals in 13 games so far. At the heart of it all has been Egyptian Mohamed Salah, who is the outright top-scorer in the league with 11 goals. Portuguese Diogo Jota is in red hot form going into this one, with a brace against Southampton on the weekend.

Liverpool have the wind at their back going into this one. Benitez and Everton will vastly benefit from a cagey affair, and the veteran manager will turn to the Goodison crowd to make it as hostile as possible for Klopp's men. An early goal for either team would make it all the more interesting, but looking at the potential line-ups, the Red side of Merseyside seems to have too much quality at the moment. I can see a 2-0 win for Liverpool.