By Admin | about 7 months ago

As Pep Guardiola aims to make it four Premier League titles in five seasons, he finds his side facing an all-too-familiar foe in the shape of Jurgen Klopp’s Liverpool. Ever since the Spaniard followed Klopp to England from Bundesliga, games between the pair have become one of the most heavily anticipated spectacles of the season.

Guardiola would be hoping for a repeat of the outcome in the same fixture back in 2018-19, where his side edged the encounter, thanks to a 70th minute Leroy Sane goal. City went on to win the title, amassing an incredible total of 98 points and breaking Liverpool hearts as the Reds did all they could but ultimately missed out by a point.

There is not much to separate the two sides before the encounter. Man City have undoubtedly been the most consistent team throughout the season. Opening day upset against Spurs and an uncharacteristic loss against Crystal Palace was followed by a 12-match winning run where they put daylight between themselves and others. City’s defence remains the cornerstone of their title charge - a league-best xGA of 19.6 proves this.

Playing without a recognised number 9 hasn’t stopped City from scoring or creating, with an xG of 70.9 bested only by Liverpool.

As the Merseyside club chase a quadruple of trophies, the belief is that one could be decided at the Etihad. Liverpool have been scintillating in front of the goal. Klopp’s side are having one of their finest attacking seasons in history as their forwards have been allowed to cause havoc in the opposition box. An xG of 77.8 shows City will have their work cut out when it comes to stopping the likes of Salah, Jota and Mane. Furthermore, the addition of Colombian Luis Diaz has given Klopp options like never before, infact so much that when all players are fit he is forced to leave out the likes of Divock Origi, who have been instrumental in the club’s success over the years.

At the back, Liverpool have relied on their organisation and high line to regularly catch opposition offside and press opposition high. The fact that they have conceded two more goals than Man City means it has been working well so far.

Ruben Dias will be the only miss for City. The Portuguese has been a pillar at the back again this season for the Champions. But, City’s defensive shape and organisation mean the likes of John Stones should be more than capable of deputising. Guardiola will have the usual selection headache ahead of this one, with Bernardo Silva, Phil Foden and Gundogan all pushing for starts.

Klopp has confirmed he could have a full-strength squad to select from. Firmino is believed to have travelled to the game despite reports stating he was missing from training on Saturday. The dilemma for Klopp will be choosing a centre-forward and left-sided forward on the evening, with the rest of the team pretty much nailed on as long as they’re fit. 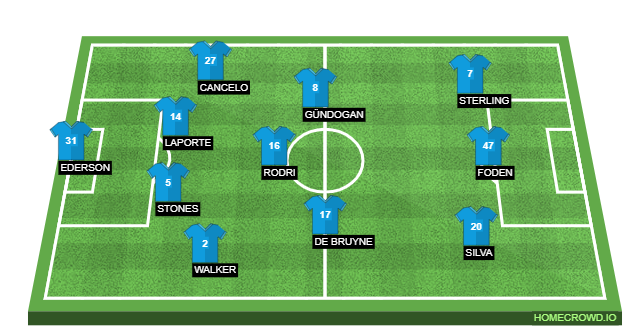 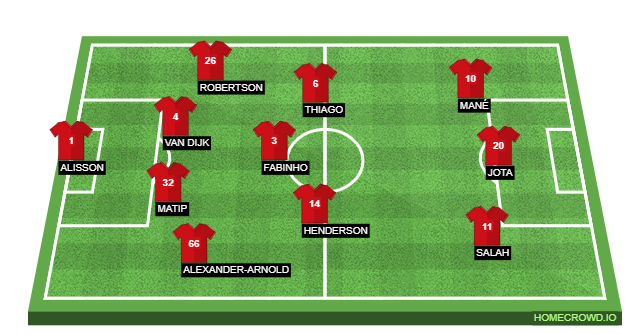 While De Bruyne has been the man for the big occasions for City over the years, 3 goals and 2 assists in 3 games means youngster Phil Foden takes a special interest in the fixture. It remains to be seen where the Englishman will start, but he is sure to cause the opposition trouble on the evening. Gundogan could also look to hurt his former manager like he did when the pair faced each other last season at Anfield.

Salah has been having a tough time in front of goal lately, failing to score from open play in his last 8 games. Although it would be premature to write the Egyptian off, teammate Jota could step up in front of goal. The Portuguese has been in fine form of late for both club and country, and could carry it into Sunday’s game. Luis Diaz is not a guaranteed starter but his pace and directness is exactly the sort of thing City could struggle against if he comes on.

The quality on show for both sides means a draw is probably the likeliest of results. Can see both teams trying to play their own game and cancelling each other out. There is bound to be goals in it, but even if it ends in a stalemate, it will be worth it. Both teams to leave with a point apiece after a 2-2 draw is the prediction.