The most eagerly anticipated fixture of matchday 14 is saved for the last as Manchester United host rivals Arsenal at Old Trafford. The stakes are always high when these two go head-to-head, but this time around, there is much to lose for United should they fail to take any point off Arsenal.

Manchester United looked off-colour in Solskjaer’s last couple of games in charge, but have managed to somewhat turn the tide with positive results against Villareal and Chelsea. They presently sit 10th in the league table, and a win will boost their top 4 hopes. A loss will, however, make things worse for United as they’d have taken only 4 points from a possible 18.

Carrick continues to feature in the technical area as Rangnick, who was supposed to take charge of this game, has had his UK work permit delayed. Carrick will be hoping to stretch his unbeaten run to 3 games in what would be his last match as United’s caretaker manager.

Arsenal are currently in fine form, winning four of their last five league games. They did well to bounce back from a 4-0 thrashing in the hands of Liverpool by winning comfortably at home to Newcastle United. With just a point off fourth-placed West Ham, a win on Thursday would mean Arteta’s side will leapfrog them into the top four.

The Gunners are in a better position going into this game as Arteta has managed to instil a proper game plan into the club with a squad of his own and limited injury concerns. Lack of European football must have helped Arteta manage his squad and experiment with tactics, but credit where it’s due, he has got Arsenal performing at expected levels.

When Arsenal played United away last season, they managed to win it 1-0. Can they produce a similar performance this time?

The Red Devils will be without key first-team players, including Paul Pogba, Edinson Cavani, Raphael Varane and Luke Shaw, doubtful due to a head injury. Centre-back Harry Maguire is back from suspension and expected to take his spot in the starting eleven.

Ronaldo is expected to start at home against Arsenal, and Carrick might revert to the 4-2-3-1 formation that better suits his attackers. If he sticks to a defensive 4-3-1-2 formation, Rashford looks set to be the player sacrificed for the Portuguese, given Jandon Sancho’s form.

Arsenal will be without regular absentees Granit Xhaka and Sead Kolasinac. Their main concern will be regarding the fitness of Bukayo Saka, who had been forced off in the Newcastle game. He remains doubtful, but the manager hopes he could make a last moment return. 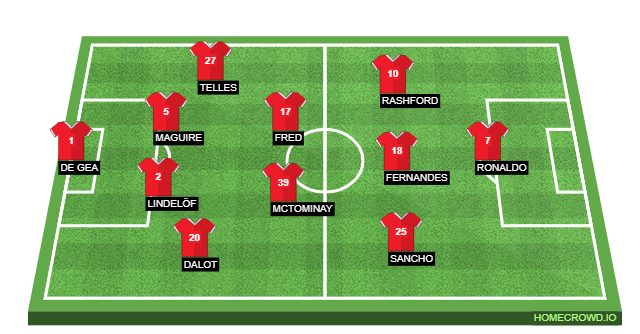 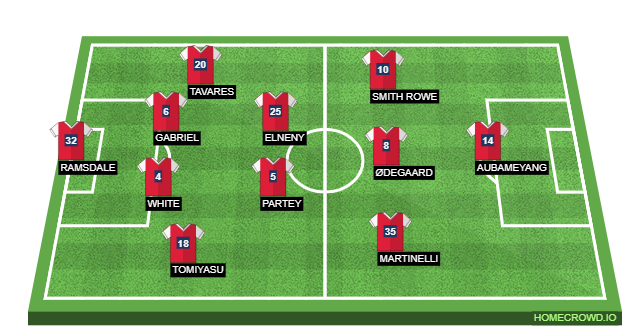 United’s big-money signing, Jadon Sancho has finally begun to come into his own following a slow start to his life at Old Trafford. He has now scored two goals in two games, and the manager will be relying on him to produce a moment of magic at home against their arch-rivals.

Arsenal will be counting on their high flying left-back Nuno Tavares who had a brilliant game against Newcastle. His overlapping runs have become a crucial part of Arsenal’s attacks and he would be expected to combine with another in-form player Smith Rowe on the right flank.

Arsenal have more to gain from a win at Old Trafford as it would not only catapult them into the top four but also improve their record against big oppositions which hasn’t quite been up to the mark. Despite the plight United are in, they would be a tough nut to crack, and as for their lethal attack force, Arsenal’s backline must be on their toes to make sure they come out of the game with a result. I’ll go for a 2-1 win to Arsenal.