Photo of Anfield Main Stand as taken from Anfield Road

Liverpool and Arsenal cross swords in the Premier League on Saturday evening at Anfield in what is expected to be one of the standout fixtures of the Matchweek. With just one place and two points separating the two, a win for the home side would help them close down the gap on league leaders Chelsea while Arsenal would be eyeing to secure a Champions League spot for the first time since October 2020.

Liverpool’s scintillating form took a hit when they dropped points against Brighton and West Ham, putting an end to their 20-game unbeaten run in the league. The Merseysiders would want to quickly turn their form around and stay in touching distance of the league leaders, who are currently four points ahead of them. A defeat, on the other hand, would see them drop out of the Champions League territory and widen the gap with Chelsea to seven points.

Only 9 points from a possible 18 might suggest the home side are in dire straits but that is not the case. Jurgen Klopp’s men have managed to score the most goals in the campaign so far and their defensive record is bettered only by Chelsea and Manchester City which shows that the performance levels have not dipped.

Injuries and a tough run of fixtures have played a part in Liverpool dropping points but the Kopites would hope it is just a bump in the road leading towards another successful campaign.

Arsenal, on the flip side, are on hot form as they did well to bounce back from what was a poor start to the season by going 8-games unbeaten and keeping 5 clean sheets in the process. Mikel Arteta’s side have looked both solid at the back and lethal upfront with young guns Bokayo Saka and Emile Smith Rowe in the form of their career.

The Gunners could be high on confidence with their current run of form but facing Liverpool at Anfield will be an uphill battle for them. The fixture hasn’t been too kind for them in the recent past losing five on the bounce, conceding at least 3 goals in each one of them.

Arteta mentioned in his pre-match presser that he knows what kind of challenge awaits at Anfield and his team needs to be on top of their game to get a result out of the match. A win will see Arsenal get into the Champions League spot, where they’d fancy themselves to be at the end of the season.

Liverpool’s injury woes continue this week with the international break not helping them at all. At least six first-team players are likely to be sidelined. Curtis Jones, Harvey Elliott, Naby Keita, Robert Firmino, Joe Gomez, James Milner will all be out of action with Henderson and Robertson also joining the list due to injuries they picked up during their international duties. Mane and Thiago will be available for selection against Arsenal.

Arsenal get a huge injury boost as Thomas Partey is back in contention after being sidelined due to injury. Keiran Tierney should also be available but whether he’d get a start ahead of in-form Tavares remains to be a doubt. With Balogun also available, Granit Xhaka and Sead Kolasinac are the only first-team players missing in action for the Gunners. 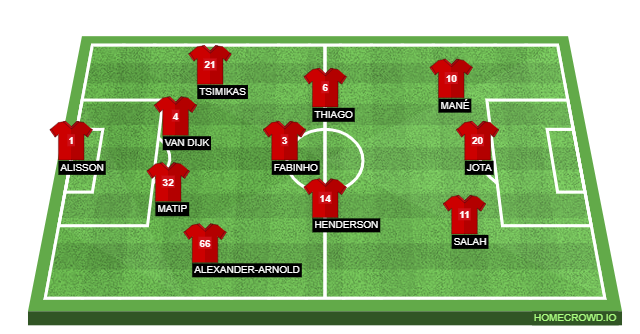 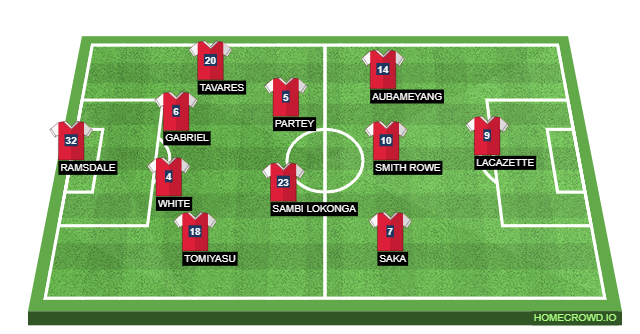 Talisman Mohamed Salah will be key to the Liverpool side. Going by his form, the forward is arguably the best player in the league, directly involved in 17 goals in 11 games for the Reds this campaign. Trent Arnold and Robertson will continue to pose a threat with their runs from deep and the former’s set-piece ability is something the opponents should be wary of. Liverpool’s midfield looks shaky of late but there is a world-class talent in Thiago who’d be looking to pull the strings for Liverpool and feeding the forwards with quality through balls.

Arsenal’s youngsters look much more organised, well-drilled and a team with cohesion now as compared to the start of the season. Though it would be tough to single out key players, youngsters Saka and Smith Rowe have been on an impressive run. The Hale End graduates have started adding their names to the scoresheets more often than before as they form a crucial part of the Gunners’ attack. Centerbacks Gabriel and Ben White have formed a solid partnership at the back with in-form goalkeeper Aaron Ramsdale watching their backs. This also explains Arsenal’s exceptional defensive form going into the match.

Historically, this fixture is known to produce goals. The same can be expected on Saturday as Liverpool’s strikers are in splendid form and so are Arsenal’s youngsters. Both teams are well set up to play offensive football though the home side might enjoy more time on the ball as Arsenal prefer to catch their opponents on the break.

There could be goals galore or a goalless draw with both sides cancelling out each other’s attack. Predicting the result for this match might be a tricky one but if history is anything to go by a 3-1 win to the Reds looks likely.