Photo of Anfield Main Stand as taken from Anfield Road

Liverpool’s meetings with Manchester City have been one of the most eagerly awaited match-ups on the football calendar in recent years, thanks to their managers Pep Guardiola and Jurgen Klopp, who have redefined the rivalry with their ideas and philosophy. The last one saw City win 4-1 in an empty Anfield.

The previous season saw Liverpool endure an injury crisis in defence and lose six consecutive home games in that period. They did manage to put a winning run together in the end and managed a third-place finish, but that didn’t stop a few seeds of doubt from being planted in the minds of fans and pundits alike about their ability to mount another title challenge.

Six games into the new season, and the league table has Liverpool on the top. Klopp’s side haven’t wasted any time to get going, scoring 15 times while letting in only 4. They also have the league’s highest xG (15.9), followed by City (14.6), meanwhile talisman Salah has five goals to his name, which is the most in the league.

The 3-3 draw against Brentford saw questions being asked of their defence and the Reds look uncharacteristically wobbly, but Klopp will expect his men to rise to the occasion in front of a partisan crowd at Anfield.

City began the season with a rare defeat against a Spurs side without Harry Kane, who Guardiola tried his best to bring to Manchester and eventually gave up. He has since put the transfer saga behind him and concentrated on developing his defence into the best in the league - a league-best xGA of 2.6 to show for it. City’s pressing has been relentless this season. They work as a team to win the ball back and launch attacks as quickly as possible. The win against Tuchel’s Chelsea after a dominant performance has City looking back to their best.

Beating Liverpool wouldn’t necessarily decide the league, but it would be a statement of intent from City and the confidence could see them go on another one of their winning runs. However, if they were to lose, it would be considered a bump on the road and shouldn’t overly bother Guardiola.

Liverpool will be without creative outlet Trent Alexander-Arnold going into this one. The scouser has two assists and two man of the match performances in the league already and his link-up play and understanding with Mohamed Salah on the right wing will be a big miss for the Reds. Firmino looks to be available after featuring in the midweek game against Porto.

Midfielder Thiago walked off the pitch with a calf injury against Crystal Palace and the Spaniard won’t be back before the international break, according to Klopp.

Guardiola confirmed there were no fresh injury concerns ahead of the trip to Merseyside, meaning Zinchenko and Gundogan will be the only absentees. 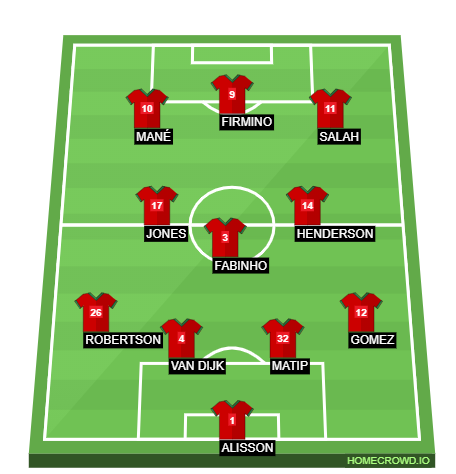 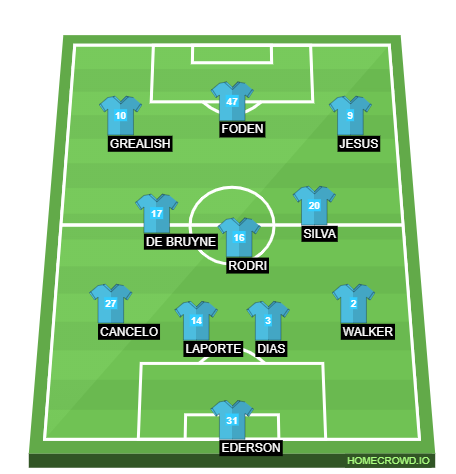 Liverpool will be looking to their talisman Mohamed Salah to make the difference once again, this time against an almost impenetrable Man City backline. The Egyptian has had a few memorable moments against Guardiola’s side in the last couple of years and come Sunday, he would be desperate to add to his tally.

De Bruyne could have a key role to play on Sunday as the Belgian seems to be getting back to his best after good performances against Chelsea and PSG. Guardiola will expect him to join in the attack and create havoc with his shooting and vision.

Another player who has recently stood out in this fixture is youngster Phil Foden. The 21-year-old has two goals and two assists against Liverpool. Could he be Pep’s lucky charm against the Reds?

There are usually goals when Liverpool play City and the best defence in the league will be put to test in front of a full Anfield. A few months into the season could have made this game a lot more cagey than it could be, but neither teams and especially Liverpool have no reason to throw too much caution to the wind and should be looking to play on the front foot.