Picture taken from outside of Emirates Stadium, Arsenal's home ground

The North London Derby on Sunday will be a huge one for Arsenal as they look to catch up with their rivals, closing down the gap in the table. Spurs, however, will aim to replicate the form they started the season with, and extend their lead on the Gunners to six points.

For Arsenal, the North London Derby on Sunday could turn out to be a season-defining match.

A win would not only lift the spirits inside the Arsenal camp but also make a European place finish seem realistic. So far, the two teams that Arsenal have managed to beat(narrowly) this season are placed second-last and last on the table. A win should also clear the air of scepticism regarding the ability of this team to compete against top opposition.

A loss, on the other hand, could harm the confidence that the team have managed to build with a couple of decent performances. A European finish might look unreasonable and pressure would mount over Arteta as the loss would see Arsenal register a home defeat in the league, to their arch-rivals, for the first time in over a decade.

For Spurs, however, the win would help them turn their form around as the last two league games ended in a 3-0 defeat. They’ve struggled to score goals as of late, and it would take something special to beat that Arsenal defence. Winning the game would also get them to a touching distance of the European spots, which is where they’d expect themselves to be.

With Granit Xhaka returning after completing his 3-day suspension, Arteta should have all the players available for selection.

Steven Bergwijn and Ryan Sessegnon remain to be the main absentees for Spurs, but manager Nuno Espirito Santo was delighted to have Lucas Moura back at his disposal ahead of the derby. He is expected to start up front for Tottenham alongside Son and Kane. 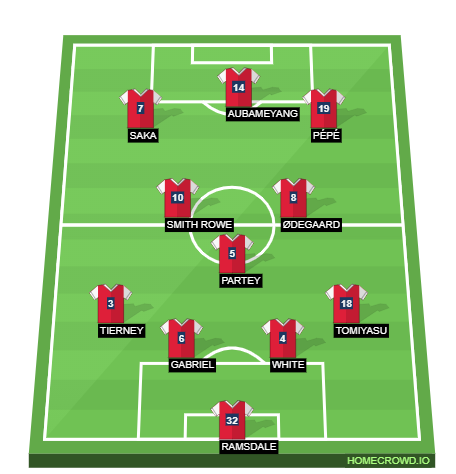 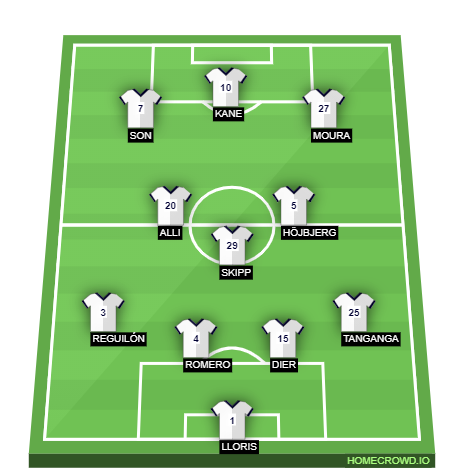 Arsenal would be counting on their new centre-back partnership in Gabriel Maghales and new signing Ben White to act as the last line of defence to hold off Tottenham’s lethal attack.

Thomas Partey could provide that stability in the middle whilst Odegaard offers creativity upfront. Nicolas Pepe looks dangerous from that right flank as he can whip those balls in or cut inside and hit a shot goalwards.

Spurs will turn to their devastating attacking trio- Moura, Son and Kane. All eyes will be on the marksman Harry Kane who has netted more goals than any other player in this special fixture, with 11 goals. Son has a habit of rising to the occasion in big games, so it won’t be surprising if he produces a moment of magic.

Though North London Derbies have never failed to produce goals, this time around things could be different. Tottenham have the lowest xGA in the league so far as they have struggled to create enough chances going forward. Arsenal’s defence looks solid with the Gunners securing 2 clean sheets in 2 games.

Arsenal are facing a similar problem upfront as they have failed to convert most of the chances created, with only one goal from open play in five league games.

Sunday’s game looks likely to be a cagey one and could well turn out to be a low-scoring affair. A 1-1 draw looks to be on the cards.